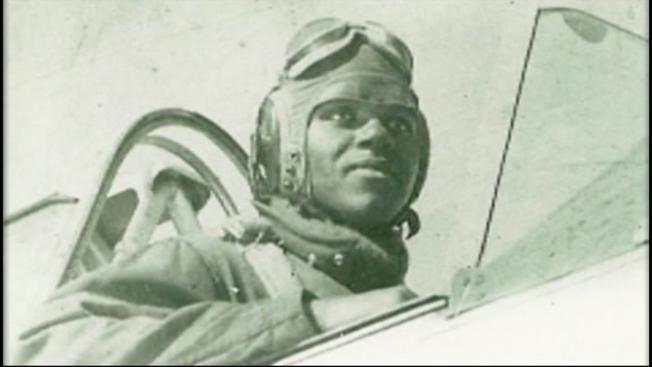 Robert T. McDaniel was a member of the Tuskegee Airmen, the elite African-American pilots who flew during World War II. He was drafted into the U.S. Army in 1943 and trained as a pilot and Bombardier at the Tuskegee Institute, going on to serve as a flight officer with the 477th bombardier group. After the war, McDaniel became a math teacher, later serving as a school counselor, vice principal, and principal. He was one of a handful of Tuskegee Airmen still surviving in 2019, out of the hundreds who served in World War II.

The Tuskegee airmen were the first black servicemen to serve as military aviators in the U.S. armed forces, flying with distinction during World War II. Though subject to racial discrimination both at home and abroad, the 996 pilots and more than 15,000 ground personnel who served with the all-black units would be credited with some 15,500 combat sorties and earn over 150 Distinguished Flying Crosses for their achievements. The highly publicized successes of the Tuskegee Airmen helped pave the way for the eventual integration of the U.S. armed forces under President Harry Truman in 1948

You can read Robert’s full story

Quote of the Day